Doug Perry was born the youngest of four children in Creswell, OR and remained there until graduating from high school, where he began his college education at Ricks College (now BYU-Idaho) in Rexburg, ID as a journalism major.

After serving a two-year LDS Church mission in San Diego, he returned to Ricks College and completed his Associates Degree in Communications, emphasis in journalism. He also married Tracie Bakken while there and the two moved to Ogden, UT to attend Weber State University. Doug completed his Bachelor of Science Degree in Communication, with an emphasis in public relations, and was hired to work for United Way of Salt Lake City in 1996 as marketing/communications associate. 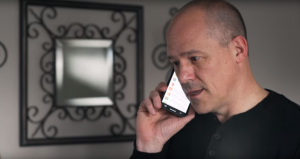 In 1997, he accepted a position as communications director for the Ogden/Weber Chamber of Commerce and remained there for three years overseeing Chamber publications, website administration, public relations and event activities. Doug worked for one year as a marketing development associate for MarketStar Corporation in Ogden, handling the writing and design of multi-million-dollar sales proposals in the B2B high-tech industry.

In 2002, he was hired as communications director for the Utah Association of Counties and was involved in all facets of digital and print communications for UAC, including public relations, public education and outreach efforts. He also managed the Association’s two large conferences and has assisted with a wide range of other related projects. 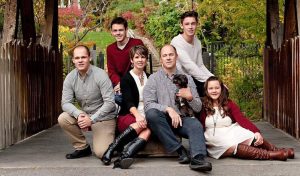 In 2018, Doug took a job as public information officer for the Utah Department of Agriculture and Food (UDAF). At UDAF, he handled a traditional press secretary role for the commissioner of agriculture, including media relations, story pitching, speech and presentation preparation, among other things. He also directed the re-design and writing of a new website for UDAF, promoting the agency and agriculture producers through blogging and other marketing activities.

Finally, in 2020 Doug accepted a position as communications and public information officer for the Murray City School District (MCSD). For the District, he is leveraging his extensive background in the many disciplines of communications, marketing, and public relations. This includes media relations, writing, design, marketing of the school district – sharing the good news of public education in Murray.

He enjoys running, podcasts, and travel. Doug and Tracie are the parents of four children and reside in Woods Cross, UT.